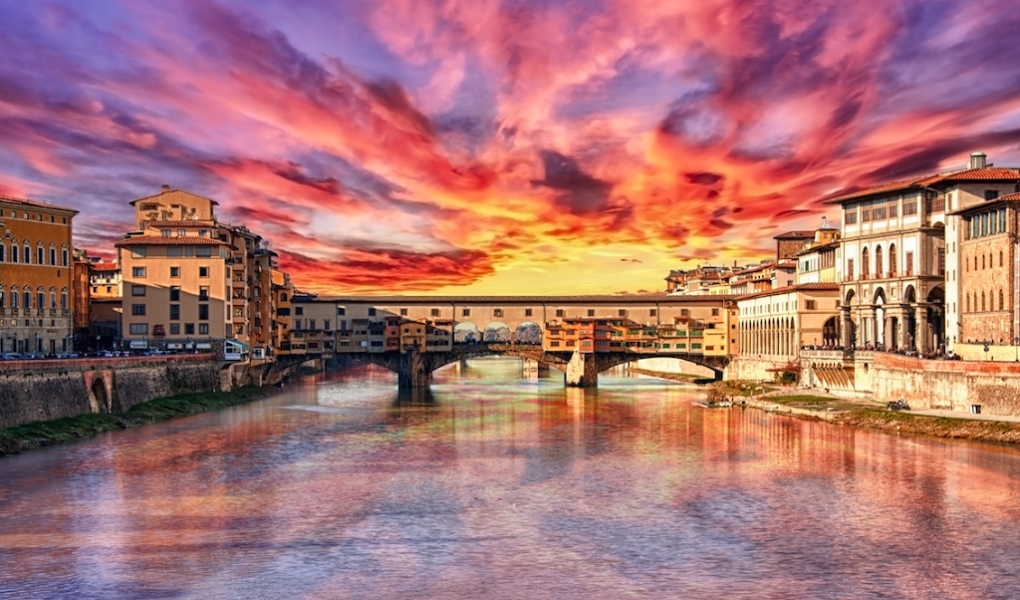 Seven Questions About Florence You Were Too Embarrassed To Ask 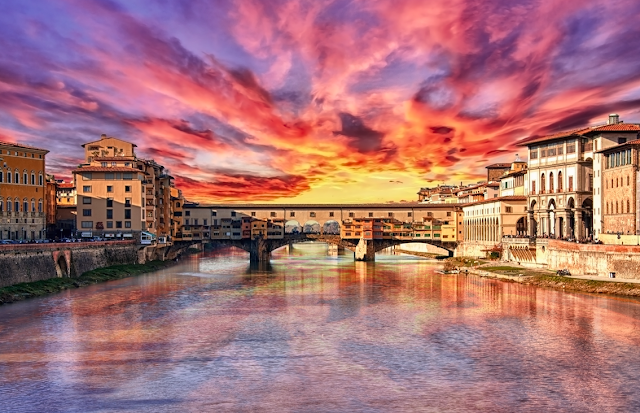 We’ve all been there – we’re on a tour of an amazing place and our knowledgeable guide just keeps on talking, but in the back of our mind questions are popping up that seem so petty or obvious that we’re embarrassed to ask them. So we don’t; and we leave the amazing place none the wiser.
At Roman Candle Tours, though, we believe that all things are worth explaining. So with that in mind, here’s a quick round-up of some of the questions about Florence you may have wanted to ask but didn’t. 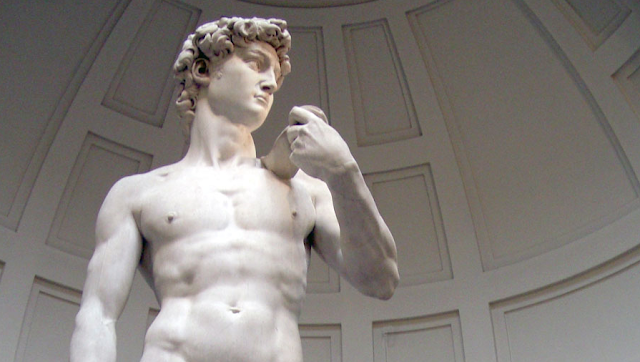 A. The small-sized penis on Michelangelo’s David was fairly standard in its day. If you look at another version of David by Donatello – sculpted a century before Michelangelo’s and now in Florence’s Bargello museum – you’ll also see a seriously diminished manhood. This was typical of the Renaissance period, when artists strove to replicate the ideals of Greek statuary. While the Greeks certainly had no problem with nudity or sex, they did believe that great men were rational men who could control their urges. A big or erect penis on a statue was more indicative of wanton lust, upsetting the equilibrium and proportions required for philosophical purity.
For a more straightforward answer – the penis is flaccid. Not all men are huge, particularly when unaroused! Even so, in absolute terms, the penis is not especially small – about 5 inches – it’s just that the statue itself is 14 feet tall.

2. Q. What exactly was the Renaissance? 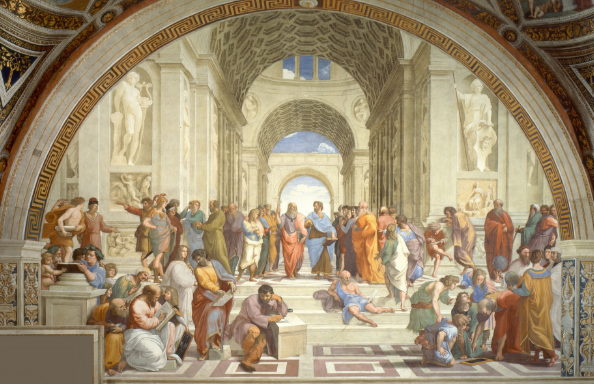 A. The word Renaissance – ‘Rinascimento’ in Italian – literally means ‘rebirth.’ It refers to a period from the 14th century until roughly 1600 when the rediscovery of knowledge, texts, and artwork from the ancient world led to a new age of learning, discovery, and creative achievement. These centuries coincided with a social revolution in Italy when rich middle-class merchants and bankers came to replace the nobility as the real drivers of society. Florence was more associated with this new exciting age than any other city, spawning a powerful merchant class that included families such as the Medici, Strozzi, and Tornabuoni, and great artists such as Giotto, Botticelli, Leonardo da Vinci, and Michelangelo. 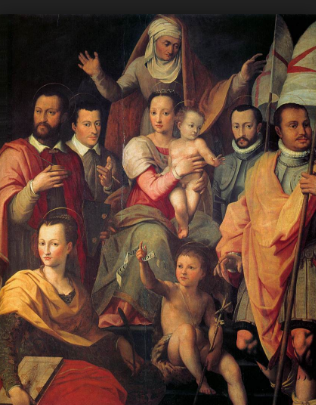 A. The Medici were a major Tuscan family who came to prominence in Florentine society from the 14th century onwards. Accumulating a huge amount of wealth firstly as wool merchants and later as bankers, the Medici were the most powerful family in Florence by the 15th century, effectively controlling the destiny of the Florentine Republic. They used their position not only to promote their political and business interests but also to patronise the arts – one member of the family, Lorenzo, was so munificent in funding artworks that he became known as ‘the Magnificent.’ The Medici family eventually went on to provide three popes (including the fun-loving Leo X in 1513), marry into French royalty, and rule the Grand Duchy of Tuscany until the beginning of the 18th century. 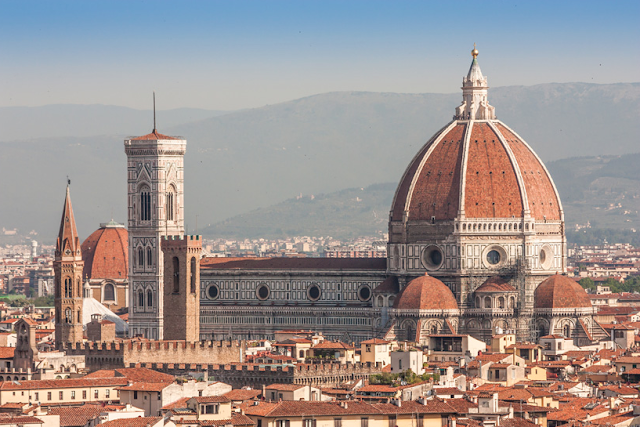 A. The Duomo is indeed a very pretty church but there’s a lot more to it than that. It also happens to be the cathedral of Florence (dedicated to the Virgin Mary) and one of the greatest structural achievements of the last millennium. Indeed, one particular part of the building is so influential that it has even changed language – the word ‘dome’ in English actually comes from the tiara-shaped vault you’ll find here.
Built by Filippo Brunelleschi – who spent decades fighting with town administrators and his unqualified co-architect Lorenzo Ghiberti – the dome (‘cupola’ in Italian) was the very first of its kind erected since ancient Roman times more than 1,000 years before. Many thought Brunelleschi was mad and that his dome would collapse; instead, it became the model for a whole succession of later monumental domes on the likes of St. Peter’s Basilica, St. Paul’s of London, and the Capitol Building in Washington DC. 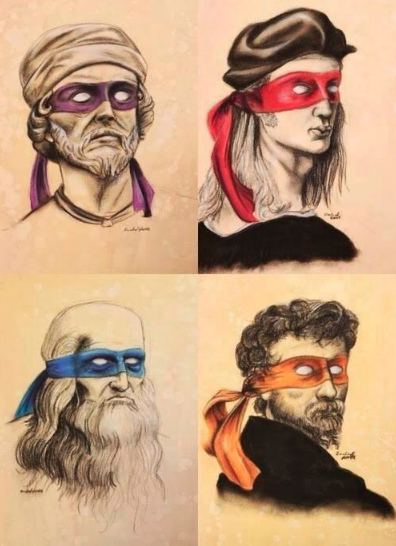 A. The answer is yes, more or less. Three of the four ninja turtles were named after the great Florentine artists Donatello, Leonardo da Vinci, and Michelangelo Buonarroti. The fourth got his moniker from Raphael Sanzio, who was actually born in Urbino – another great Italian Renaissance town – but nonetheless spent some of his early active years in Florence.


6. Q. What’s so special about a Florentine (fiorentina) steak? 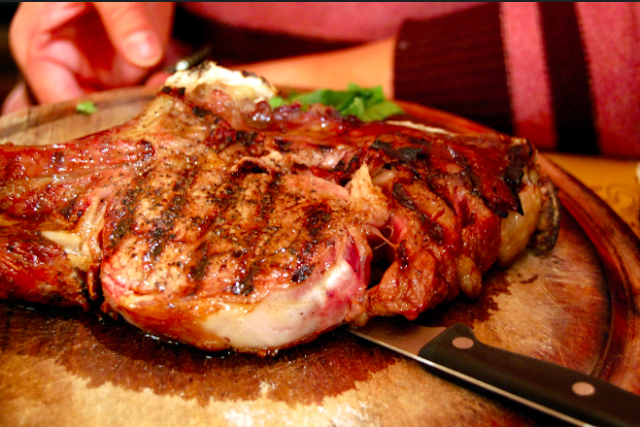 A. If you’re a meat-eater, you cannot miss the chance to have a bistecca alla fiorentina while in Florence. This steak is not any old T-bone; the true fiorentina is produced from the delicious meat of white Chianina cattle, one of the oldest breeds of cows in the world, although some other breeds – such as Maremma – are also acceptable. The meat must be hung for around 20 days, cut very thick (2/2.5 inches), left to rest before cooking, and then grilled for around 5 minutes each side over a charcoal or wood flame. When ordering a bistecca alla fiorentina, don’t even bother saying how you want it cooked – you’re getting it rare and tender whether you like it or not. Don’t like rare steak? Try it anyway, you’ll probably love it, particularly with a bottle of robust Chianti or Brunello wine.

7. Q. Is it just me or did someone forget to put salt in my bread? 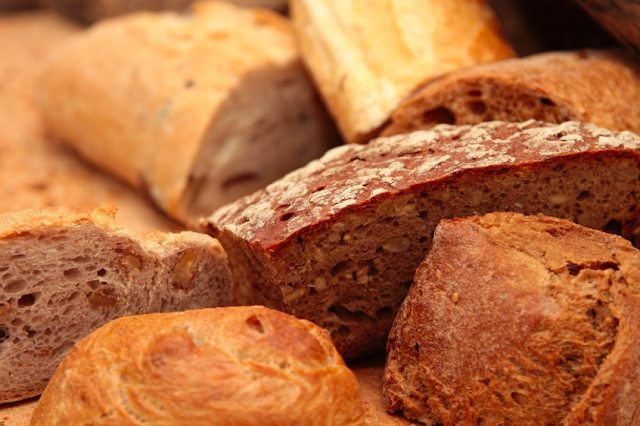 A. Don’t worry, nobody forgot the salt; Florentine bread (‘pane toscano’) is actually baked without it. There is a story that the salt has been omitted since the Middle Ages when a high tax was put on it, raising the price of a key raw material for Florentine bakers, who stubbornly refused to use the ingredient from then on. Whether the story is true or not, unsalted bread has become one of the staples of Tuscan cuisine, ideally suited to complement the richer flavours of other dishes. Still not convinced? Pour a little salt on the bread yourself and dip it in some good olive oil and you’ll enjoy it much more.

You see? – Just like David’s penis, that wasn’t so hard. Because here at Roman Candle Tours, we believe there’s no such thing as a bad question!

Written by: Shane Harnett
If you liked this article, read also “SEVEN INTERESTING THINGS ABOUT ROME YOU PROBABLY DIDN’T KNOW” 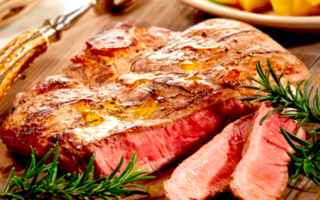 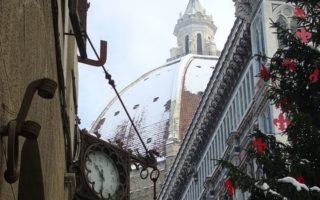 SPENDING THE WINTER HOLIDAYS IN FLORENCE 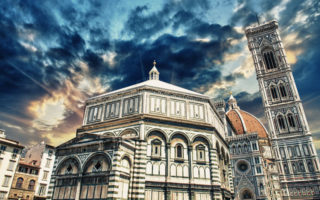 WHEN IT RAINS IT POURS: FLORENCE’S FLOOD OF 1966