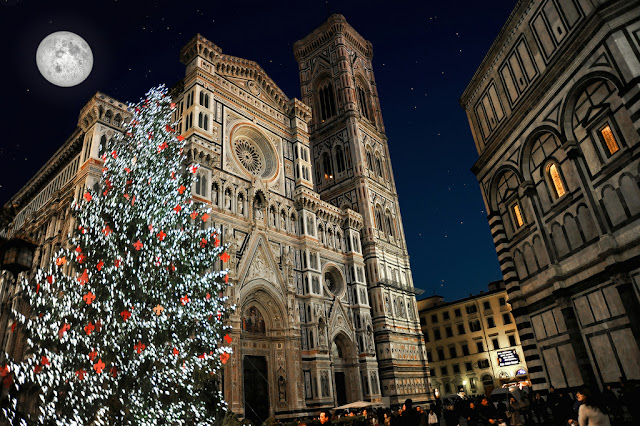 Italians love Christmas time and they celebrate it for an entire month, exactly from the Feast of the Immaculate Conception of the Virgin Mary on December 8 till January 6, which is the last day of holidays, the Epiphany. As everyone knows, Christmas is not a modern phenomenon, Italian traditions are firmly based on Christian religion: nowadays we celebrate Christmas with traditions such as Christmas trees, gifts exchanges, big meals and the figure of Santa Claus, but we shouldn’t forget the real values of Christmas.
For as long as the real essence of this period is instilled in our hearts, there’s nothing wrong with enjoying the markets, the festivals and all the events that Italy can offer. In particular in Christmas time all the country is characterized by a very suggestive atmosphere that turns Italy into something magic. Below there are the most Christmassy places to spend this winter and some stunning things you can’t miss. Take note of these suggestions! 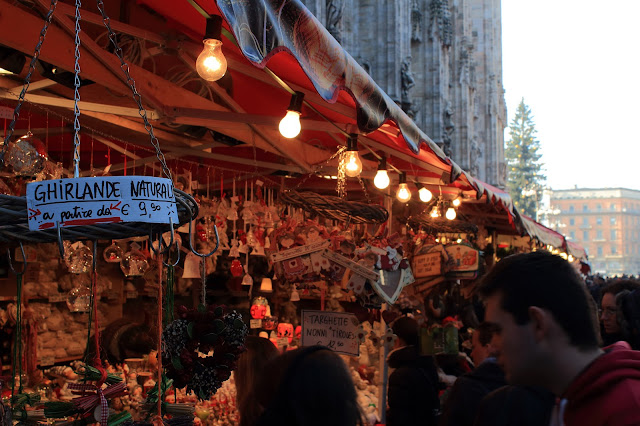 Italy is full of Christmas markets because every city has its own market. For that reason it’s very difficult to suggest a specific place, but if you’re reading this then you most likely enjoy travelling so this will suit you well! Some markets are particularly famous and a must-see, for example the markets in Trentino Alto Adige (Merano, Bolzano, Bressanone, Brunico and Vipiteno). Here you can buy traditional artisan decorations, nativity scenes and local specialty foods like canederli (boiled dumplings), vin brulé and polenta. These cities in Northern Italy look like medieval towns, full of romantic narrow streets and picturesque squares that are pervaded by the aroma of roasted chestnuts. To complete the experience you can listen to traditional Christmas songs played along the streets by artists throughout the festive season creating a wonderful atmosphere! The city of Rome has a wonderful market in the historic centre of Piazza Navona that is certainly hard to miss. During the Christmas period, it is a very popular tourist attraction not only for the Baroque art in the square, but also because this piazza transforms into a bustling multi-coloured market with fair games, a carousel and a real life Santa! Piazza Navona is also a popular stage for street performers, acrobats, magicians and other colourful characters, fun for the whole family! 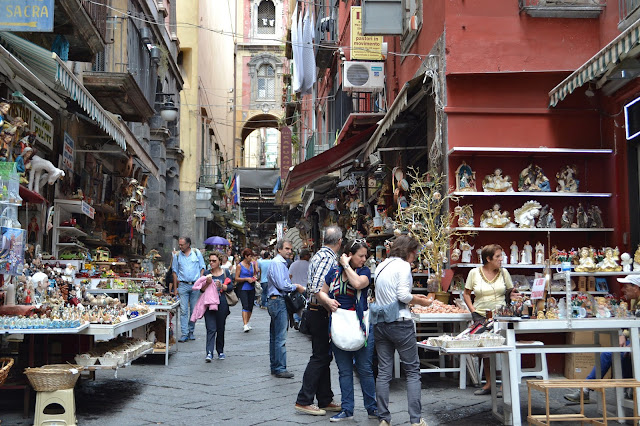 There’s one city which is very famous all over the world for its Christmas Nativity tradition and workshops. This city is Naples! Take a walk down Via San Gregorio Armeno, better known as Via dei Presepi (road of the cribs). Here you can see top artisans creating, exhibiting and selling the miniature figures that make up the Nativity scene; masterpieces realized through the skills passed down from generation to generation. Here you can find a real combination between sacred and profane, because the stalls are also selling parodies of famous characters from all over the world such as politicians, actors, singers or athletes. 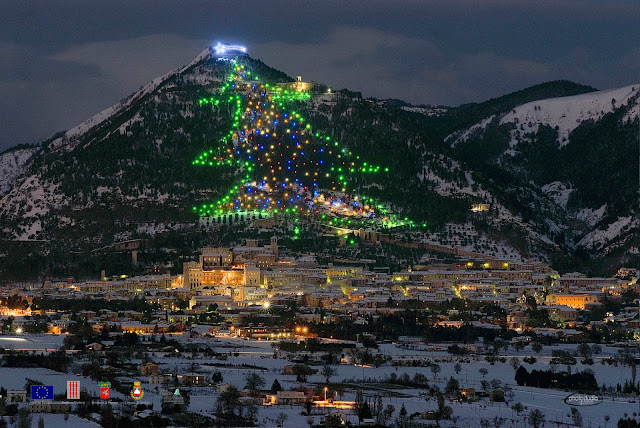 The largest Christmas tree in the world is in Gubbio, Umbria: it’s a Christmas tree display that rises up the slope of Monte Ingino. It is composed of about 3,000 multi-coloured lights connected by 40,000 feet of wire and in 1991 the Guinness Book of Records named it “The World’s Tallest Christmas Tree”. It’s a marvellous combination between a modern tree and the ancient and medieval town. The first one was illuminated in 1981 when people of Gubbio decided to celebrate Christmas in a different and incredible way. In 2014 the lights were switched on remotely by Pope Francis using a tablet computer. The star on the top can be seen all the way from Perugia! If you’re travelling around Italy around Christmas then you don’t want to miss this huge Christmas tree.

4) Feast of the Epiphany 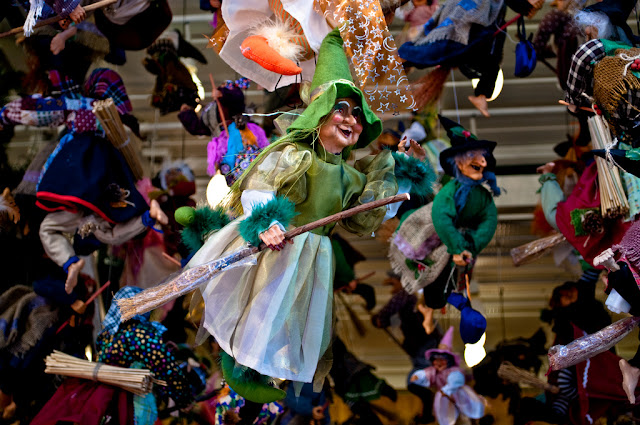 One of the questions our guides receive A LOT of during the holiday season is, ‘What’s up with all the witches?’ Well, on January 6th, the Three Kings gave Baby Jesus their gifts and in Italy this feast is celebrated with a witch, “la Befana”, who arrives in the night to fill children’s Christmas stockings with sweets. In that day children hold their breath as they hope not to find coal in their Christmas stockings for a sign that they have been good that year. The biggest celebration of the Epiphany in Italy is in Urbania, a small medieval town close to Urbino, Le Marche. From January 2 till 6, children can meet the witch in her house, La Casa della Befana. In Vatican City Epiphany tradition is celebrated with a procession of hundreds of people in medieval costumes walk along the wide avenue leading up to the Vatican, carrying symbolic gifts for the Pope. Milan holds an Epiphany Parade of the Three Kings from the Duomo to the church of Sant’Eustorgio and in Florence there is the historical procession called Cavalcata dei Magi from Pitti Palace up to the Duomo. In Piazza della Signoria there is also a wonderful show with flag throwers performing. 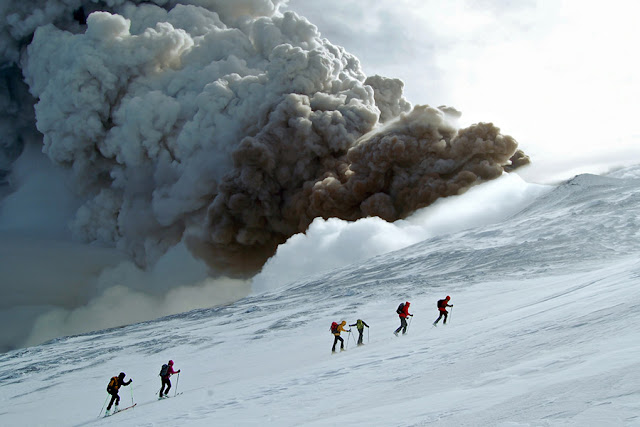 For many people, Christmas time and ski holidays go hand in hand. The best Italian ski resorts are predominantly located across the mountainous areas of Italy that border France, Switzerland and Austria (and they are generally less expensive than Northern neighbours). Italy offers a diverse array of skiing options across more than 150 resorts: you can ski the massive and spectacular Dolomites region in the East, or visit the Alps in the North-West where the 2006 Winter Olympics were hosted, or view Mont Blanc (the highest mountain in the Alps) from Italy’s popular Mount Rosa. If you want something unusual you can even ski in Sicily, down Mount Etna, the largest active volcano in Italy. Yes, it’s not a joke! And yes, you must be careful! Make sure to check the current conditions on EtnaSci. Don’t you think that skiing on a volcano with the view of the sea would be your best experience ever?

Now you can dive into Christmas in Italy with some new places to visit, as well as experiencing lot of things that you will only find in Italy. In conclusion, I would say that the best part about Italian Christmas is the amount of selection you have in each place you visit. Whether it be with warn cup of vin brulé, an enormous tree towering over the surrounding valley, a figurine of Baby Jesus, or a witch offering candy, you will find that Italy is a friendly and magical place to spend the holidays.

So… enjoy yourself, enjoy Italy and Buon Natale!

If you liked this article, read also “5 AMAZING VIEW POINTS THAT WILL MAKE YOU FALL IN LOVE WITH ITALY“ 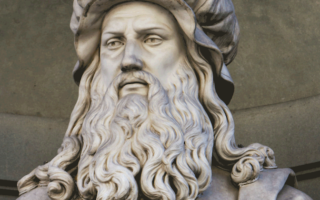 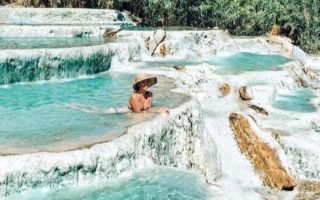