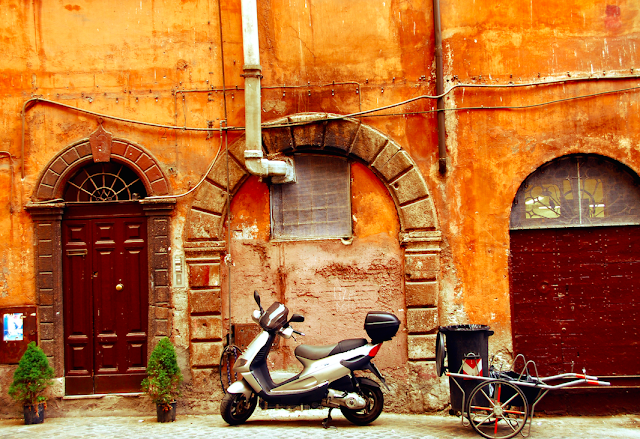 In previous Roman Candle Tours blog posts, we’ve given you some great suggestions on northern and southern Italian cities you really should see. Highlights included Turin and Bologna in the north and Palermo and Lecce in the south. All great stuff to be sure, but we feel we wouldn’t be doing our job unless we also gave you some suggestions for the beautiful central part of Italy.

So prepare for hilltop Etruscan towns, artistic masterpieces, and wine-tasting galore, we are about to reveal our list of the “Five Central Italian Cities You Really Should See”. 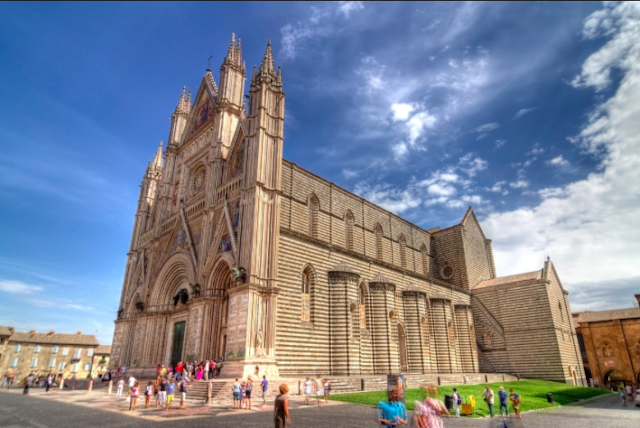 The dramatic city of Orvieto is one of central Italy’s best-kept secrets. Perched on a vertical cliff overlooking the Umbrian countryside, this volcanic site was of immense importance to the Etruscan civilisation, as is evident from the 2,500 year-old ruins hiding beneath the picturesque medieval town – on a fascinating escorted tour of Orvieto’s labyrinthine underground, you’ll be stunned by the ingenuity of the pre-Roman engineers.

Not to be outdone by their forebears, medieval and Renaissance inhabitants also strove to leave their mark on this beautiful setting. The town’s 13th-century cathedral (Duomo) is considered one of the most spectacular in Italy – the must-see Last Judgement frescoes inside were painted by 15th-century master Luca Signorelli decades before Michelangelo’s altar wall in the Sistine Chapel.

Moreover, the city’s historic Municipal Museum was once the only official papal residence outside of Rome apart from the palace in Viterbo (and later Avignon). It was to Orvieto that Pope Clement VII fled during the devastating ‘Sack of Rome’ in 1527; while here, he commissioned architect Antonio da Sangallo the Younger to build the astonishing Pozzo di San Patrizio (St. Patrick’s Well). The well’s double spiral staircase – 248 steps, with 70 illuminating windows – plunges some 53 metres into the ground and is considered one of the structural masterpieces of the Renaissance.

If you’re feeling thirsty after all the engineering magnificence, why not have a glass of refreshing Orvieto Classico white wine – stop in at any of the many vineyards around the area and local winemakers will be only too happy to sell you some of their tasty produce. 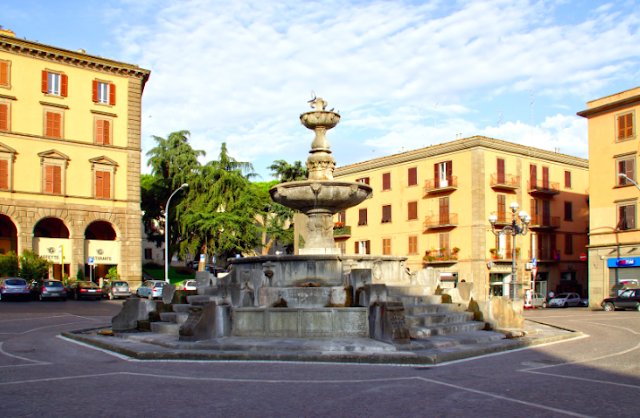 Our next stop on the central Italian trail is Viterbo, one of the real power centres of late medieval times. Viterbo was a city of popes and anti-popes, a walled hilltop refuge far from the violent streets of Rome – in fact, it was here that the tradition started of keeping unruly cardinals under lock and key (“conclave”) until they elected a new pope.

Glorious remnants of the papacy are all over this north Lazio city and nowhere more so than in the magnificent 13th-century Papal Palace, site of the longest conclave in history – legend has it that town magistrates actually removed the palace’s roof to hurry the cardinals up!

Other church-related buildings well worth a visit include the imposing Romanesque Cathedral of Saint Lawrence; the beautiful church of Saint Francis designed by Gothic master Arnolfo di Cambio; and the sumptuous Farnese Palace, childhood home of the future Pope Paul III and his beautiful sister Giulia, lover of Pope Alexander VI Borgia.

The area surrounding Viterbo has been attracting visitors to its thermal baths for millennia, welcoming everyone from the ancient Romans – extensive ruins still abound – to Renaissance artists such as Michelangelo and Giorgio Vasari. If you enjoy getting wet, why not take a dip in the Termi dei Papi, Pozze di San Sisto, or any of the other salutary baths that are still fed by the therapeutic waters of the venerated Bullicame spring. 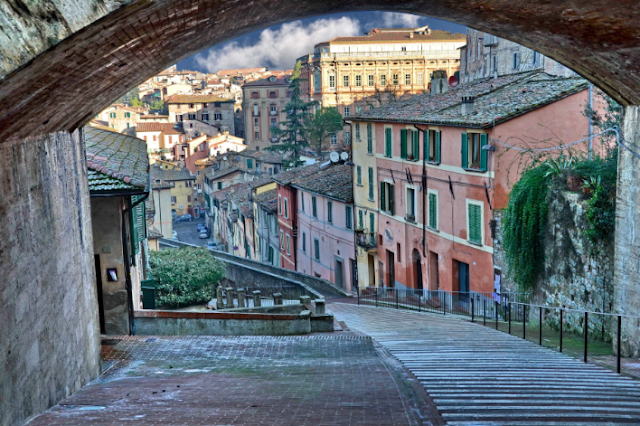 The capital of Umbria has long been considered one of the most captivating cities in Italy. Already a major strategic site for the Etruscans, Perugia maintained its importance throughout medieval times, when it was used on several occasions for papal elections.


A stroll along Corso Vannucci – the main thoroughfare – reveals a breath-taking medieval cityscape with highlights including the 14th-century Cathedral of Saint Lawrence, the glorious 13th-century Fontana Maggiore, and the imposing Town Hall. The Town Hall actually encompasses a number of important buildings, in particular the Collegio del Cambio, magnificently frescoed by Pietro Vannucci (Perugino), master of the young Raphael, who painted a number of early works here.


As with Orvieto, what’s on the surface in Perugia tells only half the story – just a few minutes from the centre you can descend into the bowels of the Etruscan town, its pre-Roman walls still incredibly well preserved. At the city’s ancient boundary, you’ll also find the Etruscan Arch gateway (or Porta Augusta), which was later modified by the Romans.


Perugia is not only about history though – a major university city, it has a vibrant and hip feel, which comes to the fore during one of its many great festivals. Two annual extravaganzas stand out in particular – the world-renowned Umbria Jazz festival, usually held in July; and the Eurochocolate Festival in October. 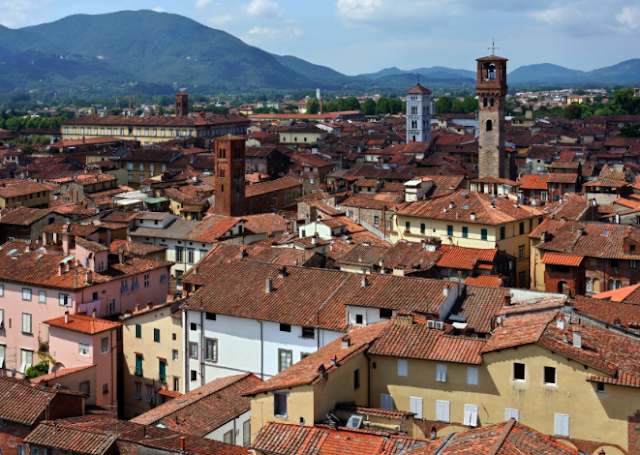 Lucca is a majestic Tuscan city famed for its fully-intact Renaissance walls and medieval clock tower, which you can still climb. Of immense significance since ancient times, this was the place where, in the 1st century BC, Pompey the Great, Marcus Crassus, and Julius Caesar met to divvy up control of the moribund Roman Republic – the distinct shape of the Piazza dell’Anfiteatro tells you that it is built on the site of an ancient Roman amphitheatre.

Lucca’s importance never waned during medieval times, thanks in no small part to a saintly Irish monk called Frediano (Fridianus), who became the city’s bishop in the 6th century – one of the great medieval churches here was later named after him.

The town’s most famous church, though, is the Cathedral of Saint Martin, a Gothic glory which contains sculptor Jacopo della Quercia’s sublime Tomb of Ilaria del Carretto, one of the marble masterpieces of the early Renaissance. Indeed, the abundant white marble supply around was one of the key ingredients of Lucca’s continuing wealth and prestige.

Opera buffs flock to Lucca to pay homage to its most celebrated musician, Giacomo Puccini, the composer who gave the world such classic operas as La Bohème, Tosca, and arguably the most famous aria of them all: Nessun Dorma! You’ll find Puccini’s house in the lovely Corte San Lorenzo – well worth a visit – and, after a few glasses of Chianti in the square, you can even keep the neighbours awake by pretending you’re a budding Pavarotti.

The remarkable UNESCO World Heritage Site of Urbino was once one of the most cultured cities in all of Europe. A Renaissance powerhouse, it was here where the painter Raphael was born and where the Montefeltro family held sway for centuries.
The Montefeltro dukes didn’t do things by half, as you’ll see by visiting their luscious home, the Ducal Palace. The palace was once a place of plotting and intrigue, evocatively captured in Baldassare Castiglione’s classic Book of the Courtier; but it was also one of the most refined places on earth, a haven for artists such as Donato Bramante, a young Raphael, and Piero della Francesca, whose famous profile portrait of a one-eyed Federico da Montefeltro with crooked nose – now in Florence – is one of the truly iconic images of the Renaissance.

You’ll see many of Piero’s paintings, alongside works by Titian, Raphael, and Paolo Uccello, in the magnificent National Gallery of the Marche, housed inside the Ducal Palace.
Urbino is still a great city of learning, its 500-year-old university – founded by another Montefeltro, Guidobaldo – a symbol of its uber-Renaissance credentials. And if you’re looking for a nice green space inside stunning city walls, head to La Fortezza, a fortress-like public park built by 14th-century Cardinal Albornoz and enclosed by the della Rovere family of Pope Julius II.

Some of the cities we’ve featured here are smaller than their northern and southern counterparts, but they’re no less important or stunning for that. As before, we’re only sorry we couldn’t fit in anymore.
Your favourite central Italian city missing from our list? Feel free to let us know in the comments section.

Written by: Shane Harnett
If you liked this article, read also “FIVE NORTHERN ITALIAN CITIES YOU REALLY SHOULD SEE” 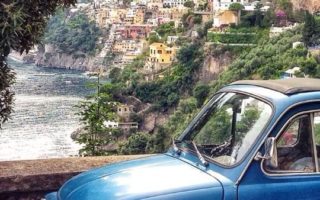 VISITING SORRENTO AND THE AMALFI COAST ON A BUDGET

8 MOST BEAUTIFUL GARDENS TO VISIT IN ITALY THIS SPRING