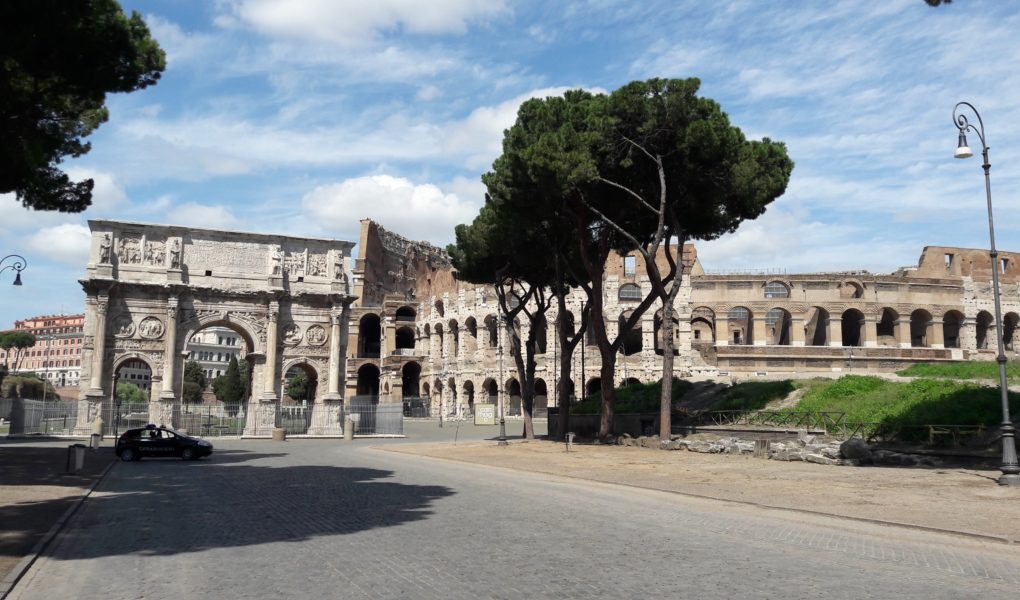 On the evening of March 9th, life in Italy as we knew it came to a screeching halt. Italy was hit early and hard by the global COVID-19 pandemic. Throughout the country, the streets were empty due to the government-mandated lockdown which lasted 2 months, 1 week and 2 days.

During this period, only essential workers were allowed to leave the house. In fact, they went out at all times with a “self-declaration certificate” stating where they were going, what they were doing and that they (to the best of their knowledge) were not infected and had not come across anyone who had COVID-19, or it’s symptoms.

Non-essential workers were only allowed to stray up to 2km (1.2 miles) from home in order to get essential household supplies, such as food. As for personal heath and exercise, or taking our furry friends for walks, we could only venture 200 meters (650ft) from our homes.

During these very uncertain times, it was not uncommon to make an appointment with a friend at the local supermarket. These short, distanced encounters with loved ones gave some feeling of normality, even if only for a moment.

There were police and military blocks on major roads stopping vehicles in all directions, and helicopters patrolling the skies with loudspeakers reminding people to stay home.

Although the police presence was a major deterrent, so were the terrifying, daily news reports from around the country: hospitals pushed to the brink of collapse, massive military convoys transporting hundreds of deceased, not to mention heartbreaking personal stories from loved ones who experienced loss and illness firsthand.

But thankfully, after months of diligent work by the many essential workers, and that of the general public, there was a light at the end of the tunnel. We had successfully done our part by obeying the government’s decree to stay home whenever possible, and to social distance.

Finally, on the 18th of May, restrictions slowly lifted and the country we all love so much slowly returned to its old, vibrant self.

A renewed appreciation
Many Italians live a lifetime in Italy without taking advantage of the country’s amazing attractions. Sure, a Roman will drive by the Colosseum on a regular basis, a Florentine will walk past the Duomo, or over Ponte Vecchio every now and again. Many will have entered the Vatican or the Accademia Gallery to see Michelangelo’s David while on a school outing, but most never return as adults.

Perhaps it’s because, like many of us, when you live in a city it’s easy to push off visits to another time. Or perhaps it is because Italians do not want to deal with booking the tickets and fighting the crowds of visitors. Or simply, because many of the highly visited tourist hotspots cater to foreign visitors, so much so that a regular Italian does not feel at home or comfortable in these areas.

Either way you look at it, many Italians now have a very rare opportunity to enjoy the sites that they so often take for granted.

Once some of the limitations on free movement were lifted, and it was possible to walk more than a 200 meter distance from the house, all of the cultural sites and museums, shops, bars and restaurants remained closed. But it was still entirely possible to admire all of the grand architectures from the outside.

It was at this point when my family and I decided to explore the city and take advantage of this once in a lifetime opportunity, seeing some of the most popular sites in the city of Rome, while having them all to ourselves.

Open Cities
On May 18th, although Italian regions were still closed to one another, the cities began to open back up; shops, bars and restaurants were generally the first businesses to restart. Social distancing was enforced and masks were mandatory while in enclosed public spaces, or when distancing was not possible and Italy as we knew it, was slowly coming back.

Scooters started buzzing around the streets once again and Italians were back to being their very social selves, with the proper protective gear. But what was more interesting to see was that the Romans were taking back parts of the city that were once ignored by them. Piazza Navona for example, which hosts Bernini’s Fountain of the Four Rivers, is filled with many tourist-trap bars and restaurants where the average Italian would never normally consider going. However, with the lack of foreign visitors these restaurants have had to change their focus to the Roman and Italian market. No longer can someone charge €20 for a plate of typical Roman pasta, or €10 for a glass of house wine… and just like that, these beautiful tourist hotspots became accessible to Italian’s once again.

Increasingly, more doors are opening and the historic, religious and cultural gems scattered throughout the city are becoming attainable again and, what’s more, can be enjoyed undisturbed by the usual throngs of visitors. One can hear Romans discussing their city and sense how they have rediscovered the depths of its beauty.

But, as we return to normalcy, one can also sense the desire to return to business-as-usual, which in Rome means an influx of foreign visitors giving a well needed boost to the economy.

Open borders
As of June 3rd, the national borders of Italy opened up to a majority of countries within the European Union. Italy has also lifted the mandatory self-quarantine period of 14 days, meaning that visitors can fly in for the weekend and take full advantage of what Italy has to offer.

If you are lucky enough to plan a trip to Rome this summer, it will be without a doubt, an exceptional time for a visit.

For the scholars, you will have a unique opportunity to enjoy amazing, tailored, private tours of Rome with refreshed and eager tour guides. You’ll discover, or rediscover, museums, ancient Roman sites and religious locales in a more serene atmosphere than usual.

For the gourmands, eager chefs and business owners, whose restaurants and shops have been completely closed, and unusually empty in recent weeks, will greet you with a smile, happy to provide their customer service and trying to give you an unforgettable experience.

For the wanderers, simply walk the uncommonly quiet streets that are as beautiful as ever. Now is the time to take remarkable photos of the Trevi Fountain, the Spanish Steps and Rome’s countless piazzas without vying for a good shot.

One step at a time
Like most of the world’s tourism and travel sectors, Italy has taken a hit from the very beginning and will feel it for a long time to come as the end is still not in sight. Many people around the world are struggling in these uncertain times – many of us do not know when we will be able to indulge in a holiday visit to Italy, but we are staying hopeful. If this is the case for you, have no fear. Rome is, after all, the Eternal City and it will be ready and waiting to welcome you when the time is right.

Stay safe, take care and we hope to see you in Italy soon! 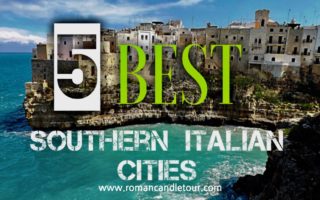