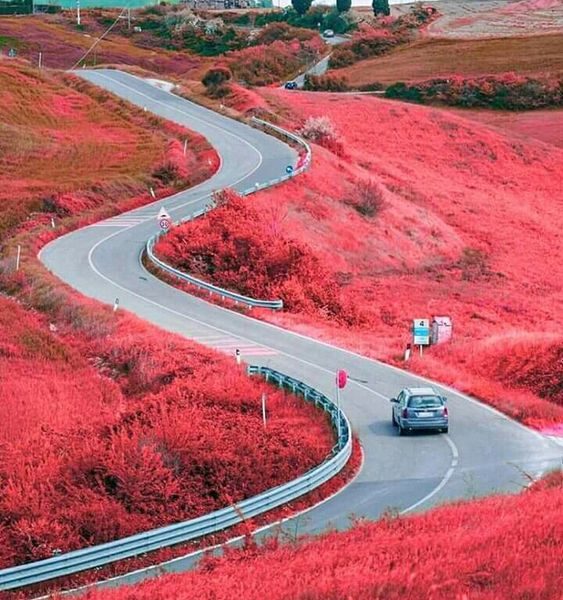 Hitting the road with a mapped out itinerary is one of the best ways to discover and experience Italy. Road trips are always adjustable; any of these three suggested trips can be catered to your Italian desires.
Before you choose your route, buy plane tickets, and rent a car, there are a few details to consider. As long as you have an up-to-date passport and valid driver’s license, you will have no problems renting a car. However, before coming to Italy, American and Canadian travelers should get an International Driving Permit (IDP). In the United States of America, an IDP, which lasts for one year, can easily be applied for at the American Automobile Association (AAA) or the American Automobile Touring Alliance (AATA). Once you arrive in Italy, the car rental company usually will not ask for your IDP. However, you will be asked for it in the unlikely situation that you get into an accident or are stopped by the police. Depending on what country you are from, check to see if you need to apply for an IDP. Always have it, along with your license and passport, in the car with you.
Secondly, to avoid higher prices, rent a car before you arrive in Italy and do spend the extra money on having a Global Positioning System (GPS). For foreigners, Italy’s roads can seem confusing, signs unclear, and smaller places more difficult to find, especially while navigating on the go. Also, tolls are common on large highways and the only real way to avoid toll roads without getting lost is by using a GPS. Another option is to use a smartphone to navigate, but using it every day will quickly eat up your international data plan. Finally, even with a GPS or smartphone, get a road map and have an idea of where you are heading before hopping behind the wheel.
Italians have a reputation for being speedy, impassioned drivers, especially in big cities like Rome. Even though this can be true, driving in Italy and its cities does not have to be stressful or difficult. Driving in between big cities, around towns, and in the countryside is completely manageable. If you find yourself driving in chaotic traffic in a busy city, stay calm, follow the road signs and traffic rules, and if the local drivers are being aggressive drivers, do not feel the need to follow suit.
Remember that many cities, like Rome and Florence, have limited traffic zones where you cannot drive, so if you are in a city, it is better to ditch the car for the day and enjoy it on foot or by public transport. Most cities have blue and white signs with the letter “P” marking parking areas. Always follow the parking rules; you will get a ticket if you park in a restricted area or if you do not pay for a space that has a ticket machine. Usually, spaces lined with white paint are free, blue spaces need to be paid for at a ticket machine, and yellow are reserved.
Rome is an ideal place to start a road trip to the north or south, but a trip can also be started from anywhere. Fly into Rome and spend a few days without a car admiring the attractions of the Eternal City. Book tours in advance to explore Rome’s must-see sites, such as the Colosseum and Roman Forum, Galleria Borghese, and Vatican City. After a few days in ‘bella Roma,’ it is time to pick up the car and start the journey. Choose from the three below.

Rome and the South

Our first stop is just south of Rome along the coastline; Naples or ‘Napoli’ is a lively port city and the birthplace of pizza. There is a more direct, two and a half hour route, but if you take the lovely four hour costal route, you can stop at one of the small, enchanting coastal towns, like Sperlonga or Gaeta, for a seafood lunch.
After exploring the castles and views from the walkway along the sea and eating all the tasty goodies the city has to offer (read  The Perfect Weekend in Napolifor more about what to do and eat and where), drive thirty minutes to the base of the still active Mount. Vesuvius and visit the ancient ruins of Pompeii. Remember to pre-book a Pompeii tour to have the advantage of learning about the city’s epic demise centuries ago from a knowledgable guide.
After Naples and Pompeii head to the fifty kilometer (thirty-one mile) stretch of the breathtaking Amalfi Coast, which is only an hour away, between Salerno and Sorrento. Lovely Sorrento is lined with terra cotta colored houses along dramatic cliffs above the glistening sea. Visit Positano, arguably, the most enchanting seaside town on the Amalfi, with its sweet, pastel-colored houses and beaches full of bathers and boaters. Stretch your legs and go on an unforgettable Amalfi Coast walk, which starts in Ravello, continues downhill along steps to Altrani, and then the into the actual place, Amalfi. Keep in mind that if you walk back or the opposite way, it is uphill. Read more about things to do on the Amalfi Coasthere.
Next, drive about four hours further south to reach Calabria, the “toe” of Italy’s celebrated “boot.” The south of Italy is more raw, less touched by the outside world. In particular, Calabria’s true essence is preserved by its three wild, mountainous national parks in the middle, spirited cities, and absolutely enchanting coastal towns. Head for these quaint towns along the stunning Tyrrhenian coast; two favorites are Tropea and Scilla.
After exploring the coastline of colorful Calabria, decide if you would like to continue your road trip into Sicily, go back north, or head home. If you choose the first option, take the thirty-five minute ferry with or without your car to Messina, Sicily from Reggio Calabria, which is about an hour and a half drive south of Tropea.

Sicily offers travelers the best exotic Italian road trip. Arrive in Messinaby ferry or fly into Sicily’s capital city, Palermo in the northwest or the eastern city of Catania, and adjust your route around the island accordingly.
Before leaving Messina, learn about its history as a prominent port city and explore the varied Gothic, Romanesque, and Byzantine architecture, including the wonderful 16th-century fountain, ‘Fontana di Orione.’ From Messina drive the two and a half hour coastal route to Palermo, stopping in the small, picturesque beach town, Cefalù, about two hours along the way. Cefalù has a particularly gorgeous beach, which is very popular in the summer, and a relaxing, cobblestoned town. Take the path through town which winds uphill to an elaborately stunning 12th-century Romanesque cathedral at the top, overlooking the turquoise sea. However, save the short walk up through the town for later in the day, because the beach is callin. Beach umbrellas and deck chairs are available to rent on the sand.
After a day at the beach, head to Palermo, Sicily’s capital which is full of a vibrant culture from years of trading with its European and African neighbors. Admire the astoundingly large and beautiful cathedral, the mesmerizing fountain adorned with sculpted humans, mermaids and other mystical creatures in ‘Piazza Pretoria,’ and the many churches with colorful Byzantine tiles and playful turquoise-tinted domes. Wander the dazzling markets or ‘Viccuria’ and ‘Ballarò,’ which sell fresh produce, fish, and household goods every day. Get a taste of island market culture, and enjoy eating the delicious cuisine of this city; read more about Palermo’s markets and street foodhere.
After a few days in Palermo, drive to Sicily’s second largest city, Catania, which will be your home base for the remainder of your trip. Do not miss the remains of the 2nd-century Greek-Roman amphitheater in ‘Parco Archeologico Greco Romano,’ the charming elephant statue made of lava stone in the center of the ‘Fontana dell’Elefante,’ and the city’s iconic fish market, ‘La Pescheria.’
From Catania, drive an hour south to Syracuse, a city which also has an impressive ancient amphitheater. It is known for ancient ruins in ‘Parco Archeologico della Neapolis,’ beautiful baroque piazzas, and an island, Ortygia, which is attached to the mainland by three bridges. Either drive other the main bridge, ‘Ponte Umbertino’ and park on Ortygia, or walk over to the small island. Explore the ancient Greek temples and the magnificent ancient cathedral, which dates back to the 5th-century BC when it was the Temple of Athena.
The impressive Mount. Etna, Europe’s tallest active volcano, is also about a one hour drive from Catania. Explore ‘Parco dell’Etna,’ which encompasses the lava laden countryside, volcanic slopes, snowy altitudes, and surrounding towns. Etna is perfect for hiking in the warmer months and skiing in the winter. Because it occasionally still erupts, Mount. Etna is sometimes closed to visitors.

Rome, Central Italy, and the North

After exploring magnificent Rome for several days, it is time for a road trip to the north. Our first stop is two hours away from Rome in Civita di Bagnoregio, one-of-a-kind hilltop town, which was originally settled by the Etruscans over 2,500 years ago and now is only accessible by a pedestrian bridge. It has been nicknamed, ‘La Città Che Muore’ or The Dying Town, because the town’s base is eroding away. The town is tiny, so stay here for a few hours to wander the cobbled streets, take in the delightful views of rolling green hills and rippling rocks, and eat an authentic pasta lunch.
After eating, drive forty minutes to the nearby hilltop town of Orvieto. Standing tall on volcanic rock in the naturally beautiful region of Umbria, Orvieto also has Etruscan origins proven by a series of underground passages and caves. Above ground, do not miss the Gothic 14th-century cathedral, 16th-century well with a spiral staircase called ‘Pozzo di San Patrizio,’ and Orvieto’s authentic wineries, which produce and serve, the region’s celebrated ‘Classico’ wine.
Take in the stunning views of the Tuscan countryside as you drive the two hour distance to Florence. Full of impeccable art museums, talented craftsmen, divine Tuscan cuisine, and enchanting Gothic architecture, the jewel of Tuscany, ‘Firenze’ deserves at least a few days of your time. Make sure you book guided tours for the Galleria dell’Accademia and ‘Il Duomo’as well as the Uffizi Gallery and Santa Croce Churchbefore you arrive.
After Florence, continue north to another stylish and artistic Gothic city; Bologna, which is about an hour and a half away. Because Bologna is known for having unsurpassable standards for food, this is the perfect lunch stop. Eat freshly made ‘tortellini’ and visit the city’s two impressive medieval towers, ‘Asinelli’ and ‘Garisenda’ and the many red-bricked piazzas, archways, and churches.
Magical Venice is only a two hour drive away. Once you are near the train station or airport, park the car and take a water bus or taxi into the heart of Venice. Go in a gondola or even better, book a private evening boat tour for the true Venetian experience. Walk over the elegant Rialto Bridge, fall in love with the dainty Bridge of Signs, and watch the boat traffic from the grand St. Mark’s Square along the Grand Canal.
Either end your trip here, head west to Verona, where Romeo and Juliet was set, and then to Italy’s most modern and international city, Milan, which is only three hours away from Venice. 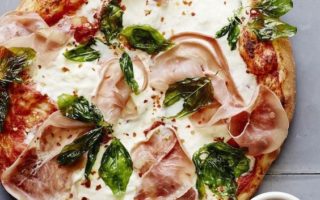 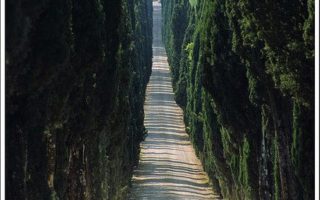 VISITING CHIANTI ON A BUDGET